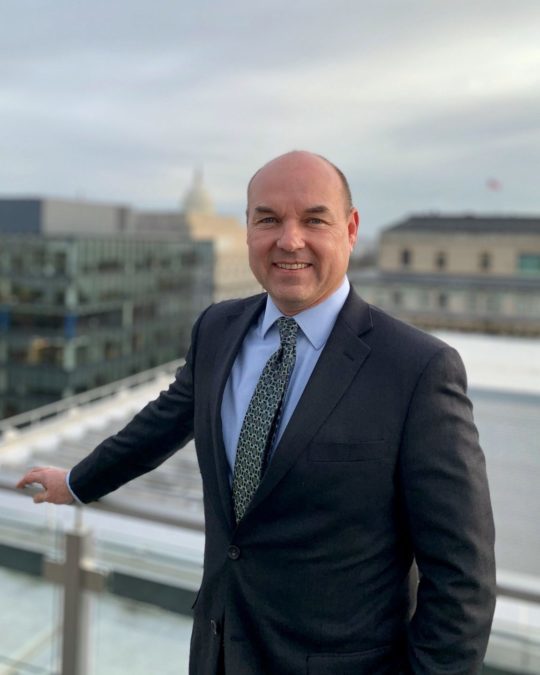 Jim Kolb brings over 25 years of advocacy, policy development and implementation experience to the Summit Strategies Government Affairs team, having served in senior positions in both the public and private sectors. A founding partner in the firm, Jim provides strategic counsel, direct advocacy, and innovative solutions to clients’ public policy needs.  He is recognized as a leading expert in transportation policy, funding and financing issues.  He also has a deep understanding of issues and processes surrounding the federal budget, budget scoring, appropriations, finance, and tax policy.

Before joining Summit Strategies, Jim served as Staff Director to the Subcommittee on Highways and Transit in the U.S. House of Representatives from 2007 to 2014.  During his tenure in the House, Jim played a key role in developing and negotiating MAP-21, as well as the surface transportation components of the “American Recovery and Reinvestment Act of 2009,” the “Energy Independence and Security Act of 2007,” and the “Implementing the 9/11 Commission Recommendations Act of 2007.”  He also played a key role with the House Committee on Transportation and Infrastructure’s special panels on Freight and Public-Private Partnerships.

Jim has held several high-level positions in both public and private sector organizations, including Vice President of Congressional Relations for the American Road and Transportation Builders Association (ARTBA), and Director of the U.S. Department of Transportation’s Office of Congressional Affairs.  He was also a legislative representative with the United Brotherhood of Carpenters.

With over two decades of spearheading policy initiatives, his strategic involvement in the passing of major national transportation legislation, and his direct influence leading political strategies and programs to effect change, Mr. Kolb is a popular speaker on transportation issues.

Originally from Buffalo, New York, Mr. Kolb graduated from the University of Buffalo with a B.A. in Political Science, and received a Masters of Public Policy from George Mason University.

MEET THE REST OF OUR TEAM

LET’S GET TO WORK

Our ability to think strategically, establish alliances and work effectively with politically diverse interests is the foundation of our success on behalf of clients.